To IPad2 or not to iPad2 that was the question! 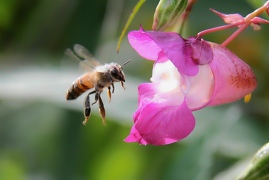 I had been thinking about buying an iPad for some time however I did not think that I could justify the expense, however after a lot of deliberation I decided that if I could use it in my wedding photography then I would buy one. So whilst in New York recently I was lured into the Apple store on 5th Avenue.
On arriving home I then discovered that I also needed a camera kit to enable me to download the images from my camera card. So off I went again to the Apple store in Coventry Garden. Imagine my shock when the assistant informed me that the camera kit only supported SD cards and NOT compact flash cards which are what my camera’s use.
Now I had a IPad that I couldn’t use for the purpose that I wanted it.
So I googled and found an independent company in Hong Kong that sold a compact flash card interface for the iPad 2, (http://store.micgadget.com/card-readers/280-ipad-2-cf-card-camera-connection-kit.html) for the princely sum of $29.90!
Once I received the gadget I plugged it in shoved in a CF card and was surprised to see it just work! Don’t you just love Apple.
Ok so now I had images on the iPad but how would I edit them?
I searched around knowing that there was nothing like Photoshop or Lightroom but came across a program called Photogene. I decided that I could afford the sum of £2.49 but also thought that at that price it wouldn’t be any good. How wrong can you be!!! I was really surprised by what you can do with the software. It has curves adjustment, great sharpening and a whole host of adjustments and presets that make image editing fun and simple.
Anyway the proof of the pudding is in the eating. Here is an image that I took recently in the garden of a honey bee collecting nectar. I imported it and edited and sharpened it exclusively in Photgene. So what do you think?
For the photo nerds out there I took this on my Canon 1D mk 1V with a 24-105 F4L zoom lens and a 15mm extension tube. I had the camera set to high speed shooting and auto focus.

The wedding of Megan & Alex Power