Exactly one year later we returned to Littleton House, Shepperton Film Studio’s for the wedding of Sinead & Paul Costello.

This venue is always a great place for a wedding in that it is still an active film studio. One year ago they were filming Alice in Wonderland and we happened to see Helena Bonham Carter.Sadly, this time we weren’t so lucky as they had just finished filming The Mummy with Tom Cruise! Still it was a fantastic wedding and Sinead’s dress was stunning.

Her veil was lovely and long but it did present a slight problem as it was fairly windy and as you can see by one of the images the “Veil really Flew”. We were exceptionally lucky with the weather and although it did rain we were still able to get all of the outside photographs done in the dry.

I would like to thanks Sinead & Paul for asking us to photograph their wedding and we wish them all the very best for the future. 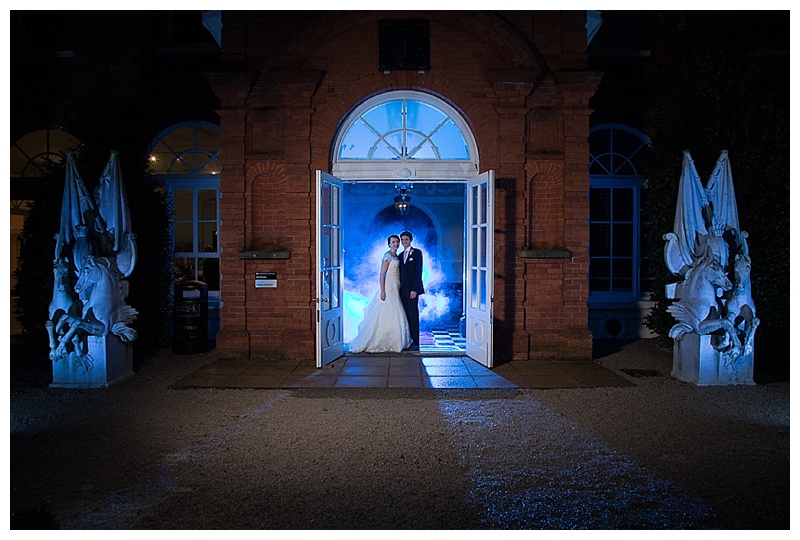 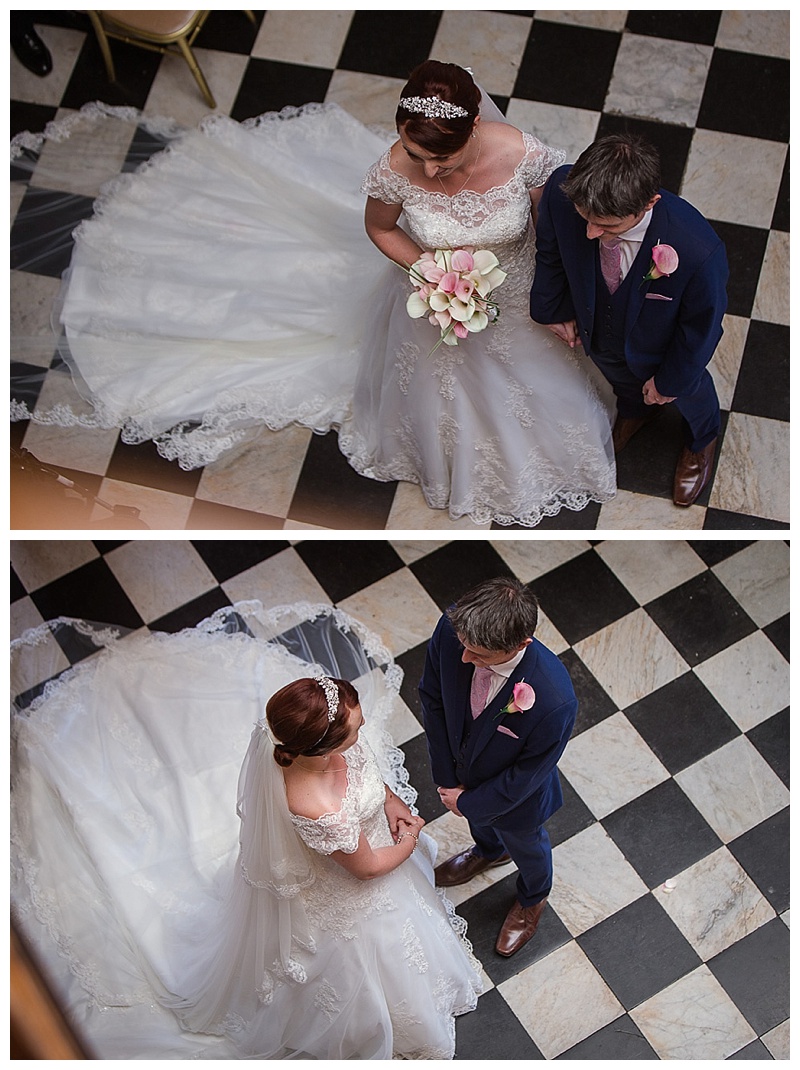 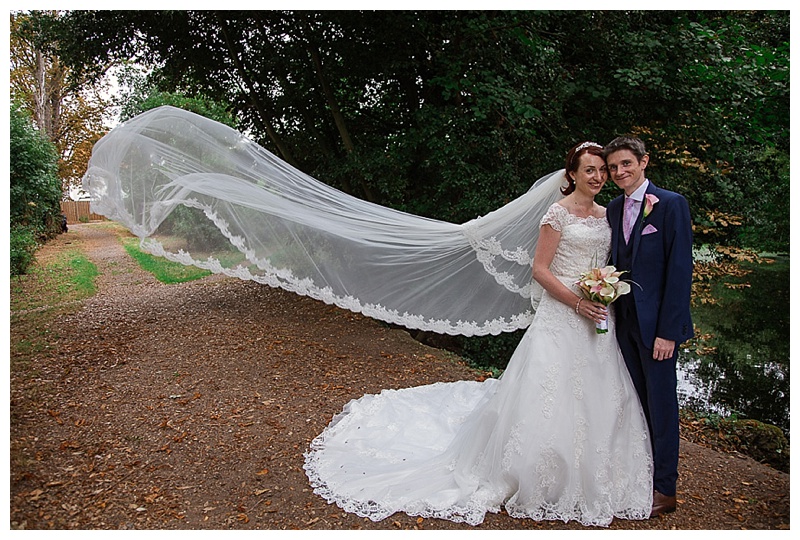 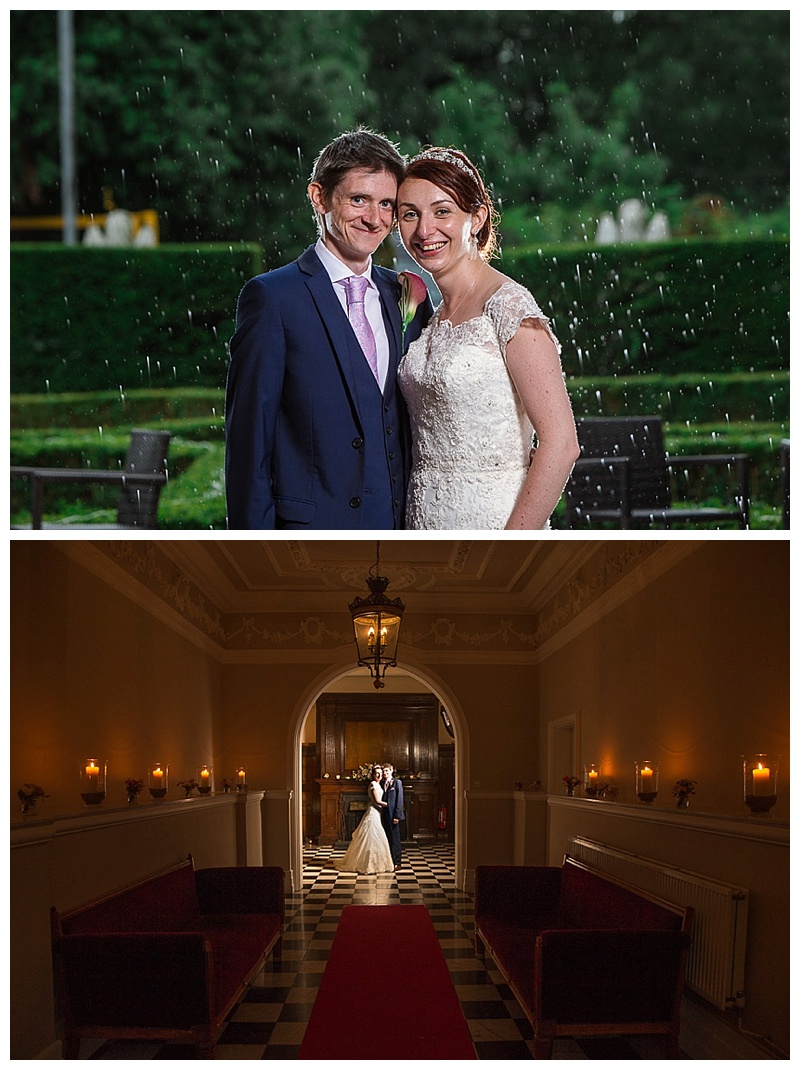 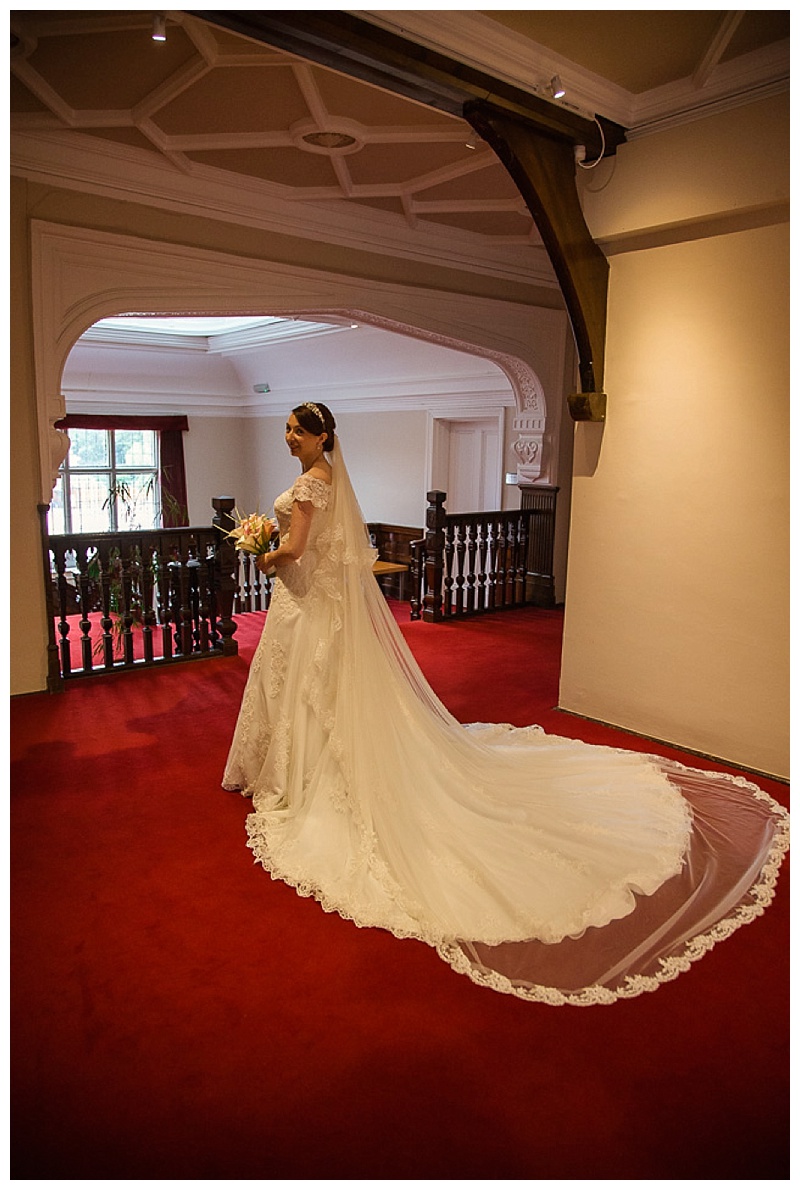